In the imperative, figure-toi or figurez-vous has an additional, not entirely dissimilar meaning to the above so it’s technically not an idiomatic expression, but it is extremely common and useful. It’s used as a sort of filler to express surprise or mild disbelief:

Despite its structural similarity, figure-toi is not equivalent to "go figure," which is essentially an acknowledgment of Murphy’s law (la loi de l’emmerdement maximum). The French translation of "go figure" is allez comprendre. 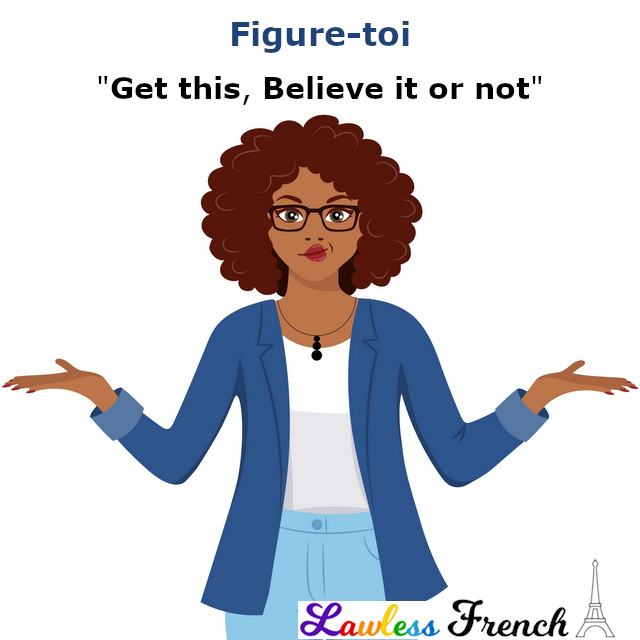