Usage notes: Bon courage is an essential French expression for offering verbal support before or during a difficult task. It’s like saying "hang in there" or "good luck," such as when driving past a cyclist going uphill or when someone is about to take an important test. Bon courage indicates that the person’s success depends on their own hard work and that you have every confidence that they’ll make it.

Merde and Je te dis merde, normally vulgar slang, are used like "break a leg": when you want to wish someone well but are superstitious about doing just the opposite, mainly in the theater and before exams. These expressions are familiar and somewhat rude, however, so use with care.

While both can be translated by "good luck," that’s not accurate for bon courage, which has no luck involved: it indicates that the person can make it happen through hard work: it’s encouragement.

In contrast, bonne chance really is equivalent to "good luck" – due to luck, there’s a chance of failure regardless of what the person does.

In sum, bon courage encourages a person’s own actions, while bonne chance indicates that there are external factors at play. 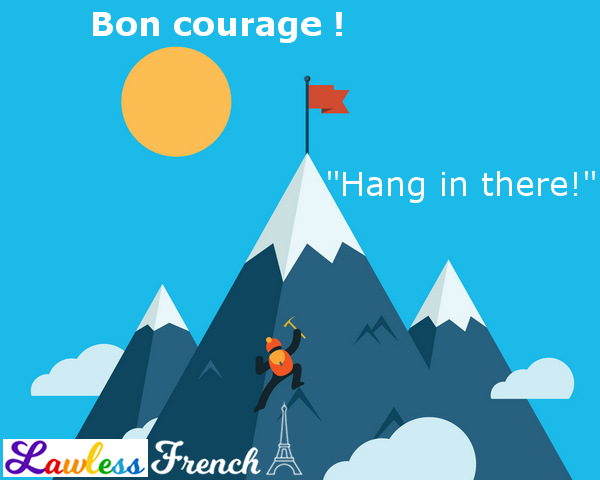