Usage notes: The French phrase avoir beau might seem odd, as it uses avoir (to have) plus an action verb in the infinitive, but this is the most common way to express doing something in vain in French.

Avoir beau is often used to make general statements of impotence, with the indefinite pronoun on:

Note that the main verb is always an infinitive, not a past participle; the latter would create a phrase with the passé composé modified inexplicably by beau.

Also remember that because the infinitive and past participle of -er verbs sound the same, you might be tempted to consider some of the above examples as past actions, but they’re not: avoir is in the present, which means the vain acts are too. To talk about a vain attempt in the past, avoir itself needs to be conjugated into the passé composé: 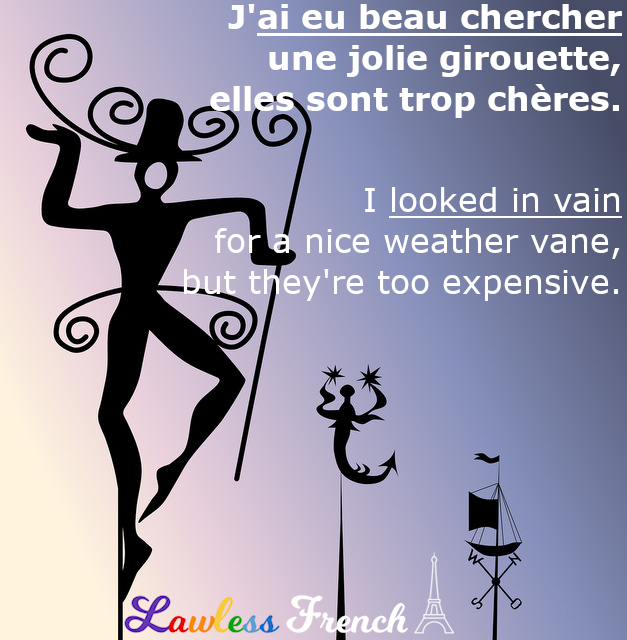