Usage notes: The expression Sésame, ouvre-toi comes from Histoire d’Ali-Baba et des Quarante Voleurs, a story in Les Mille et une Nuits.* This magical phrase, originally uttered in order to open the mouth of a cave, is today used for magical or humorous effect when opening doors, boxes, etc. It generally implies that the item is difficult to open and/or that there is a treasure hidden inside.

By extension, un sésame (ouvre-toi) can refer to some sort of requirement (letter of reference, password, secret handshake, bribe …) without which entry is denied.

Un sésame can also refer to a figurative door, such as a path to opportunities.

* The original Arabic was first translated into French, then from that into English: Ali Baba and the Forty Thieves in One Thousand and One (Arabian) Nights. 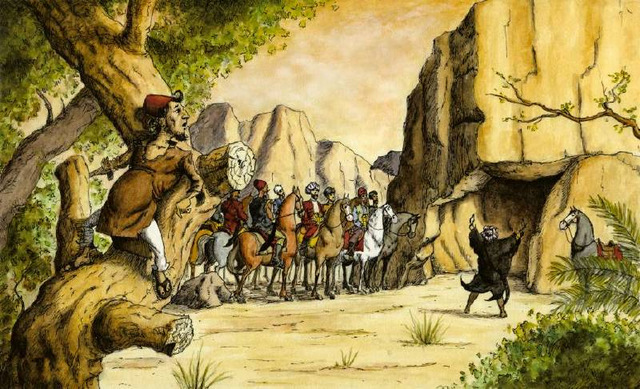