Usage notes: Rouler dans la farine is an informal French expression with terrific – though coincidental – wordplay.* In addition to its normal meaning "to roll," rouler informally means "to swindle, cheat someone" and this can be emphasized with the addition of dans la farine.

The expression is commonly used in the reflexive causative – se faire rouler dans la farine – to mean "to be swindled, cheated, had."

* Here’s the fun part. Farine means "flour," and what does one typically roll in flour? Dough, to make bread, both of which are slang terms for money. So you could stretch the meaning of rouler dans la farine to something like "to roll (someone) in the dough" which is almost the opposite meaning of rouler quelqu’un dans la farine. It’s the swindler who’s rolling in the dough afterwards, not the swindled. Pretty clever, eh? OK, maybe that’s too much of a stretch. (Ha ha, another dough pun! How do I come up with them?) 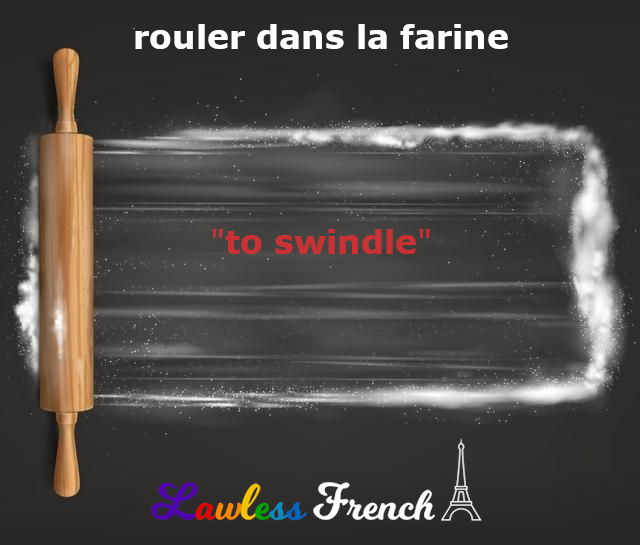