Usage notes: The informal* meaning of the French verb péter is "burst, pop, snap," and this is the key to understanding the French expression péter un câble (as well as several synonyms). When a person gets really angry and has a fit, the French say that he "bursts a cable," which always makes me think of that vein you sometimes see throbbing on a furious person’s temple.

* Péter also has a familiar meaning that can only be used intransitively (without a direct object): "to pass gas, fart."

Conjugations: Péter is a stem-changing verb. 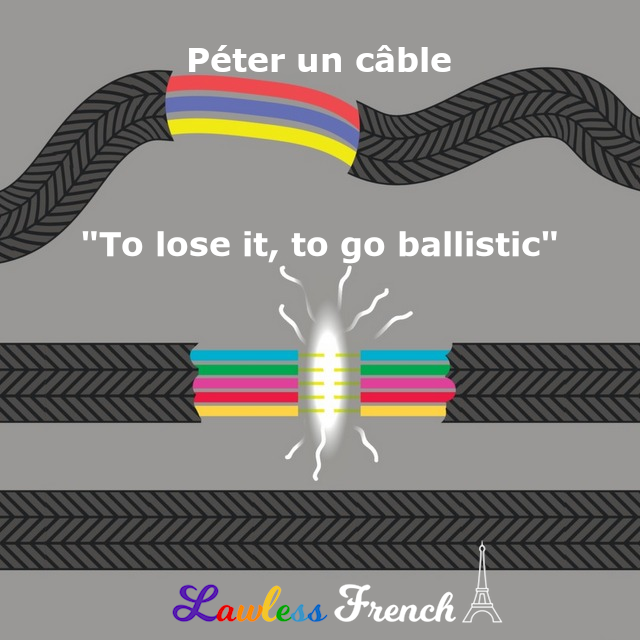