Usage notes: The French expression dire ses quatre vérités means to be perfectly blunt and honest, telling another person negative things that are potentially hurtful. It doesn’t necessarily involve an argument, but it’s uncomfortable at the very least – and could well lead to the other person telling some hard truths as well.

The possessive adjectives (mes, ses, leurs) indicate that the quatre vérités belong to the listeners (the people hearing the truths), rather than the speaker (the person telling the truths). In the third example, Paul thinks that Chantal and Ana are selfish and rude, so he’s telling them those truths about themselves. In contrast, the English equivalent “to give someone a piece of one’s mind” is talking about the speaker’s mind: Paul is giving Chantal and Ana a piece of his mind. The end result is the same – Chantal and Ana are hearing some bad stuff – but it’s an interesting distinction. 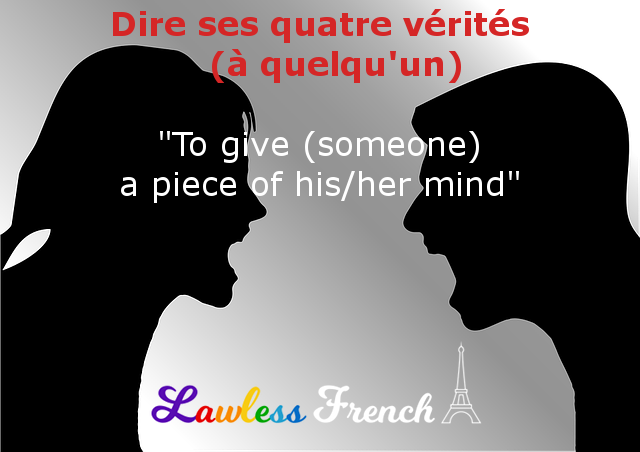