Usage notes: As anyone who’s ever been to France in late summer knows, the month of August isn’t the best time to visit. Schools and clubs are en congé, the government is all but shut down, and many businesses are closed. It’s family vacation time, when students, club members, and many employees know that they won’t be seeing each other for a while, so they use a special valediction: à la rentrée, which can be loosely translated as "see you in September."

Many cultures have "back to school" sales and activities, but la rentrée is much more than that – it marks the entire country’s return to normalcy after the summer break. It’s time to go not only back to school but also to work, as well as catch up with friends and clubs and choirs and teams. La rentrée refers to returning home and getting back to real life, and à la rentrée is a quick and easy way to say "good-bye, have a great vacation, see you in September!"

À la rentrée can also be used to talk about something that will happen during la rentrée. 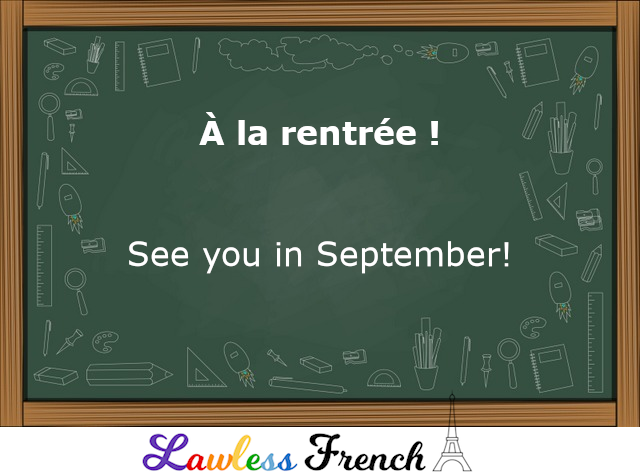