Usage notes: The informal and somewhat old-fashioned French expression à la bonne franquette is a way of describing something as simple or unfussy without any risk of insult. The word franquette, a diminutive of franc (frank, clean), is found only in this expression.

À la bonne franquette can serve as an adjective or adverb and is commonly use to describe simple meals.*

* On the few occasions where I’ve been invited to a potluck (everyone bring a dish) sort of meal, it was described as à la bonne franquette, which seemed to be a description of the simple food at such occasions, rather than the actual concept of a potluck.

I’ve been told that the correct French equivalent of "potluck" is une auberge espagnole, but personally I’ve never heard that term used outside of linguistic discussions. 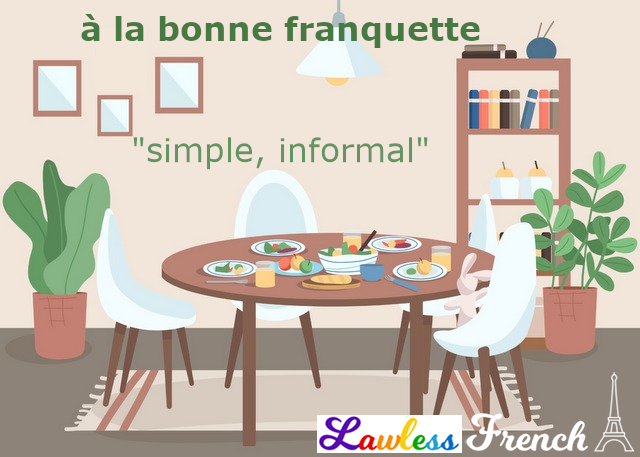