You can, in theory, also use this expression with other languages, though probably Il parle l’espagnol comme une vache espagnole wouldn’t be the best way to criticize someone’s Spanish skills.

Grammar note: Generally speaking, the definite article le is optional after parler, but in this expression its usage is fixed.

Some people believe that the correct expression is parler le français comme une vache l’espagnol, which has a slightly different meaning that, in my opinion, makes no sense: “to speak French like a cow speaks Spanish.”

Many claim that the original expression was parler le français comme un Basque espagnol, and if that’s the case, I suspect a sense of political correctness helped to turn “Basque” into “vache.” While obviously insulting to Basque people, the original expression did have the advantage of a certain logic. There are French-speaking Basques and Spanish-speaking Basques, and the latter would be more likely to make mistakes and have an accent while speaking French, whereas cows – whatever their nationality – are not known to speak any human language. No matter how bad a person’s French might be, I find it hard to believe that all they can manage is meuh ! or ¡mu! (“Moo” in French and Spanish, respectively 🙂 ) 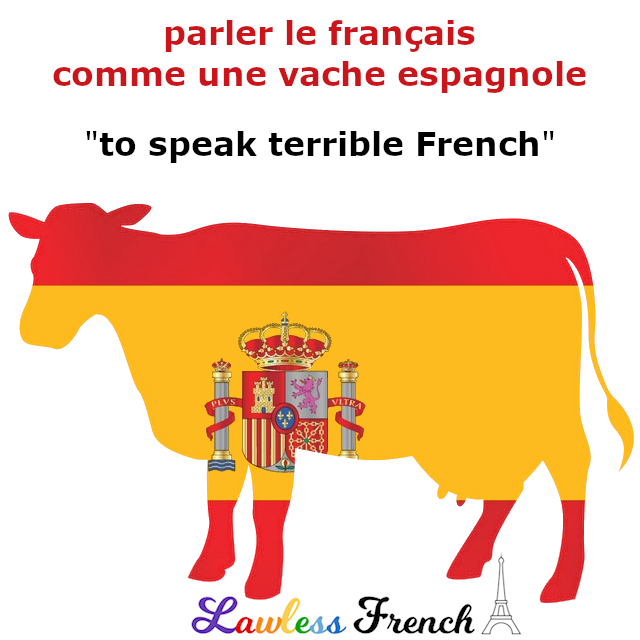