The French prefix ci– can be added to various parts of speech to indicate the location or inclusion of something mentioned in a document.

Ci– is most often added to adverbs or prepositions.

Ci- can also be placed in front of an adjective (past participle):

When ci- is attached to an adverb or preposition, there is no agreement.

Things get more complicated when ci- is attached to a past participle.

1) If ci-participle precedes the noun, the phrase serves as an adverb and there is no agreement:

2) When ci-participle follows the noun it modifies, the phrase is being used as an adjective and thus there is agreement: 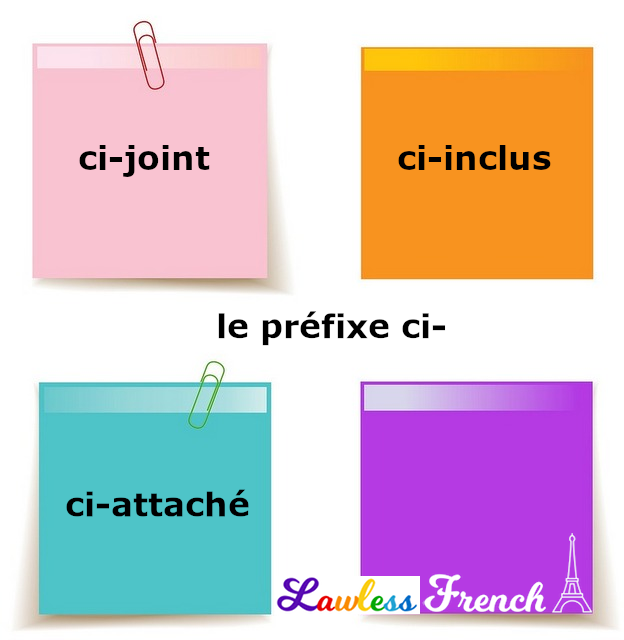