Thanks to extensive Latin and French influence on English, French and English have many corresponding spelling patterns. These come in handy when learning French, as it means there are lots of cognates (words that are identical or similar) that you’ll easily recognize and understand at first sight – though you do need to beware of faux amis.

Knowing common spelling equivalents can also helpful when you’re writing in French, potentially saving you from having to looking up so many words in a dictionary.

Before you start, a couple of notes:

For the most part, these aren’t hard and fast rules – consider them more like general guiding principles that are bound to have some exceptions.

Also remember that there are often other spelling differences between the two languages, such as accents in French and/or extra letter(s) in one of the languages. For example, it’s helpful to know that French’s is equivalent to in English, but rapidement has an "e" before the suffix that is missing in English’s "rapidly." 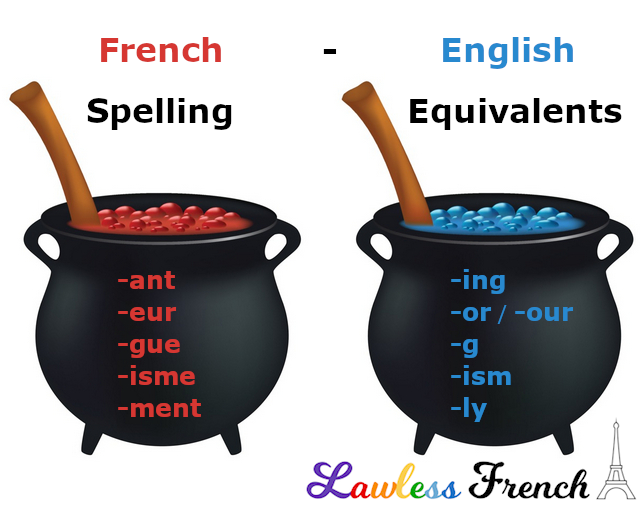