The past perfect, also called the pluperfect, is a verb tense that distinguishes between two related things that happened in the past, indicating which one occurred before the other. The use of the past perfect is very similar in French and English.

The past perfect is used for the verb that happened first, the one that is further in the past. The action that occurred second is usually stated with another past tense, such as the passé composé or imperfect.

The second action may be stated with avant de + infinitive or avant que + subjunctive, or the verb can even be implied with avant + noun, as long as that noun refers to something in the past.

It’s important to understand that the past perfect is used when there is a relationship between the two verbs: the one in the past perfect led to or had some bearing on the one that came second. If you’re just making a list of two things that occurred, either one after the other or at the same time, you don’t need the past perfect.

The past perfect is used without a subsequent action in hypothetical si clauses – when something could or would have happened if a condition, stated with the past perfect, had been met.

After certain conjunctions, French requires the future perfect where the past perfect is used in English – learn more.

Think you’ve got it? Test yourself on the French pluperfect with this fill-in-the-blank exercise: La soirée de mes rêves 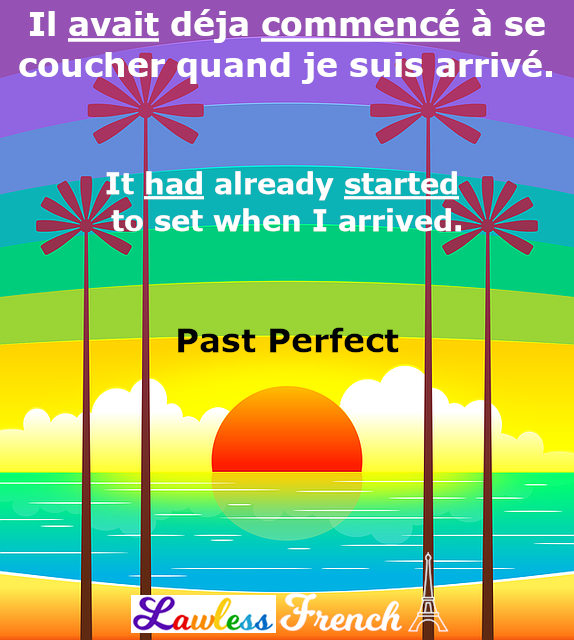