When telling someone to do something, you’re giving an affirmative command.

Vouloir is used in the imperative for an especially polite order:

Logically enough, telling someone not to do something is a negative command.

Word order with negative commands follows the same rules as virtually* all other verb tenses and moods:

* Affirmative commands are the only French verb form that requires a different word order. Instead of preceding the verb, the pronouns follow it and are connected by hyphens.

As with all other verb constructions, when the object and reflexive pronouns me and te are followed by the adverbial pronouns en or y, they contract with those words.

Me and te use their stressed forms, moi and toi, in the affirmative imperative when they are at the end of the verbal construction.

Think you’ve got it? Test yourself on the French imperative with these fill-in-the-blanks exercises: 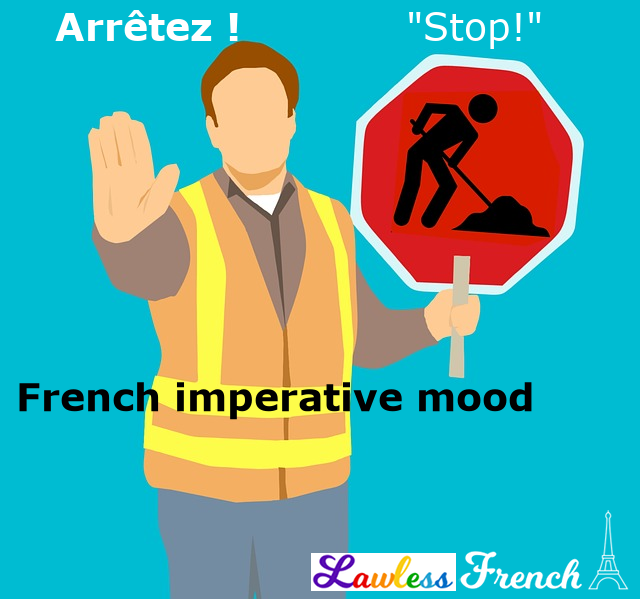