In English, we use the modal "will" plus a verb to talk about actions that will take place in the future, but in French there’s a future tense with a full set of conjugations for every verb. The uses of these two constructions are very similar.

The French future tense is often found in si clauses when talking about what will happen if a certain condition is met.

However, there are a few situations in which the French future tense is not equivalent to "will":

Conjunctions and conjunctive phrases that introduce future states of being require the future tense in French, rather than the present tense found in English. Here is the complete list:

Note that the future is only used here with state-of-being verbs. For action verbs, you need the future perfect.

Journalists and historians often use the French future to describe events from the past – learn more.

To soften a request, use the future instead of the imperative:

In indirect speech, the future is replaced by the conditional.

Think you’ve got it? Test yourself on the French future with these fill-in-the-blank exercises: 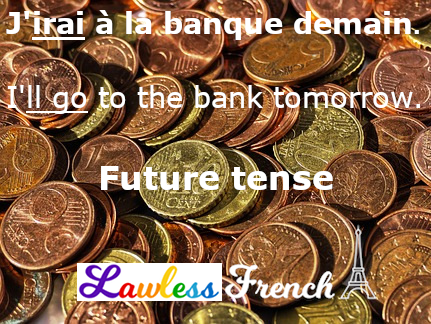