The French expressions c’est and il est can be tricky because they are synonymous but not interchangeable.* Which one to use depends less on meaning than it does on grammar.

Before diving into usage, take a look at the different forms:

When describing a person, the choice of c’est vs il est depends on whether the person is indicated by a noun or an adjective.

C’est + determiner + noun (with or without an adjective)

Exception: with nouns that describe people (professions, nationalities, religions…), you can use c’est or il est, but there’s a structural difference:

There is a tiny difference in meaning that you don’t really need to worry about, but if you’re curious …

Il est describes the person’s profession, one characteristic of the person among many:

C’est describes who the person is, a definining quality.

Describing other nouns is similar, with one key difference.

But c’est has an additional use: it can be followed by an adjective that describes the general sense of an inanimate noun, something unspecific, an abstraction (situation, opinion, feeling). This adjective is always masculine.

* Except in impersonal expressions. 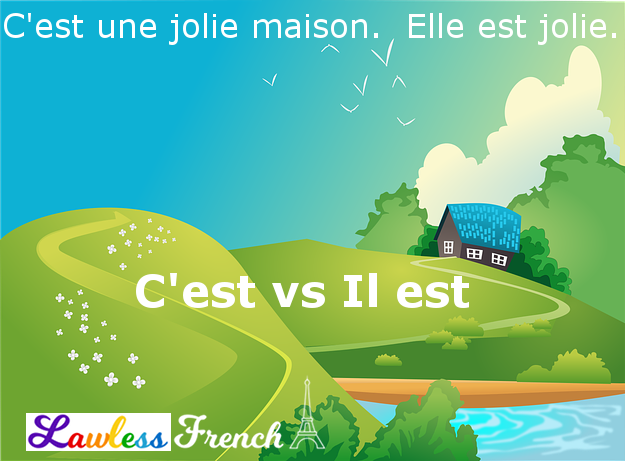