About two dozen intransitive French verbs require être as their auxiliary in the compound tenses and moods. Of these, eight can be used transitively, and when they are, two things happen:

For six of these verbs, the difference is simply a matter of whether the subject is moving only itself or with/in/on a direct object.

Note that you need also avoir when saying something like J’ai monté l’escalier. Even though it’s still you doing the moving, l’escalier is a direct object, so the verb is transitive. It might help to think of it as "I took the stairs up" rather than "I went upstairs."

The other two verbs are a bit more complicated.

When used intransitively, passer is followed by a preposition and means "to pass / to go past."

When there’s a direct object, passer has two potential meanings:

With a direct object, repasser has a number of possible meanings:

Demeurer (to stay, live) is a special case: it’s usually conjugated with avoir, but in formal/literary French it takes être and means "to remain." 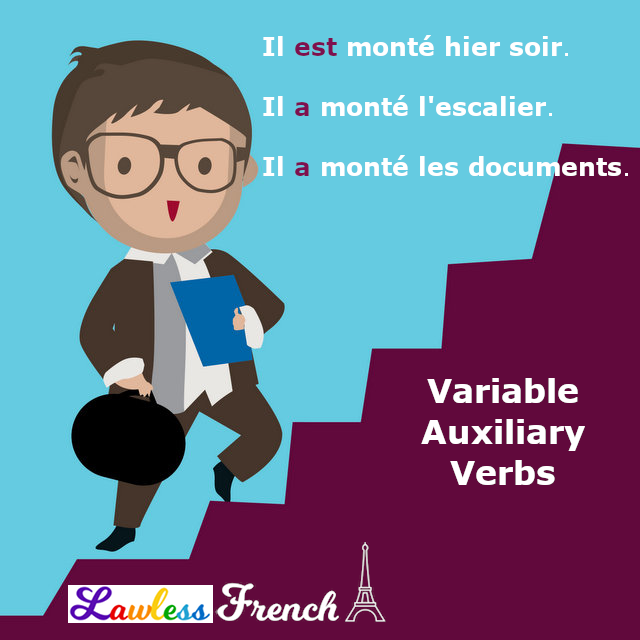 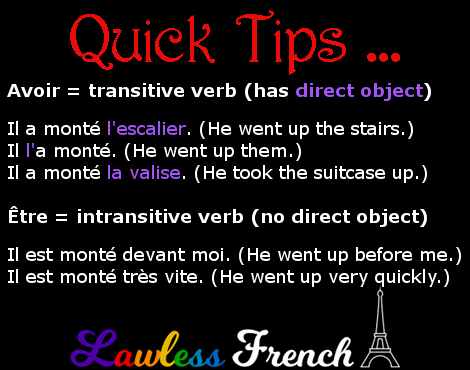